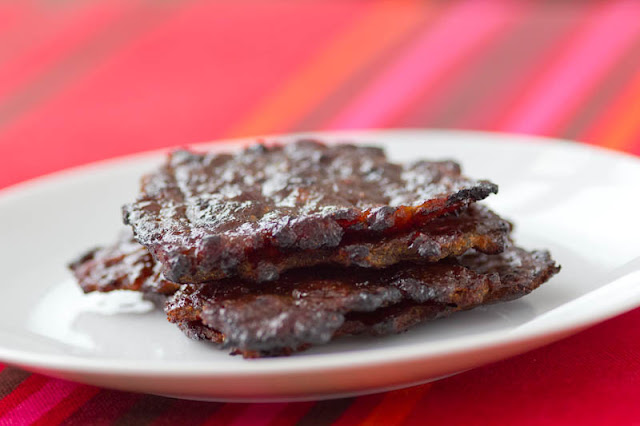 One item that most people can't do without during Chinese New Year is the awesomely tasty Bak Kwa. Moist, marinated meat barbecued to perfection. There are many out there who wouldn't think twice about queueing 1 or 2 hours under the hot sun to get a box of these salty, sweet delights from some of famous brands around Singapore and Malaysia, even with the price hike during this festive period. I've found out that making it at home isn't as difficult as I thought it would be so when I came across it on Just as Delish, I decided to give it a go since I haven't gotten myself a box this Chinese New Year. It came out really well and my only complaint was that it wasn't sweet enough. However, this was totally my fault as I used brown sugar instead of caster sugar. Brown Sugar is not as sweet as castor so I should have increased the proportion. Lesson Learnt!!!


May the Year of the Dragon be a Happy, Healthy and Prosperous Year for everyone!
Gong Xi Fa Cai!!! 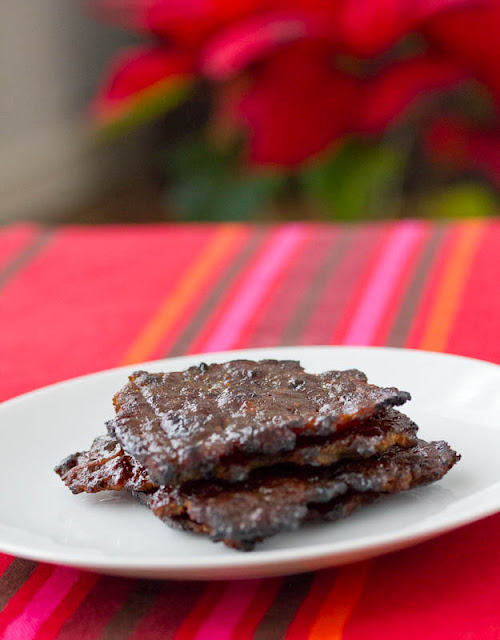 Ingredients (Adapted from Just as Delish and Singlish Swenglish) 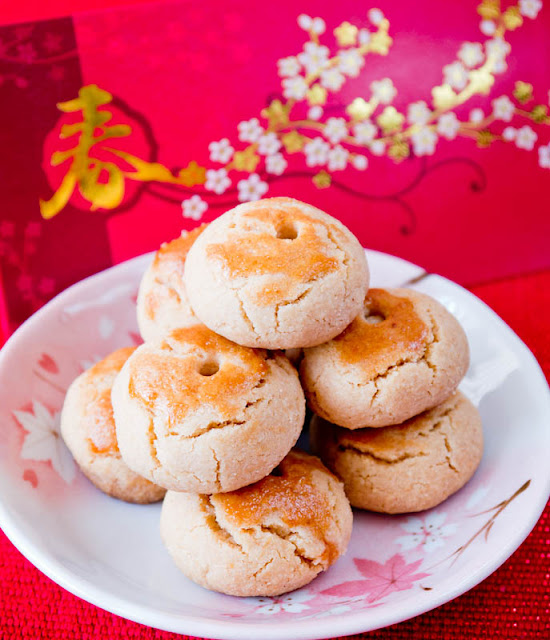 Chinese New Year is a time for reunion, celebrations and feasting!! I haven't spent Chinese New Year back home for such a long time. 5 years in fact so what's the best thing to do to make myself feel better?? Bake some CNY goodies!! Didn't have to do so last Chinese New Year as my then fiance's father blessed us with loads of goodies when he came over. No 'special' delivery this year so I'll just have to bake some! Home baked goodies will definitely be better than the expensive ones being sold in Chinatown. Agreed?

Almond cookies are one of the traditional cookies that's enjoyed during the festivities. It so happened that Su-Yin over at Bread et Butter posted up the recipe so i didn't have to look too far for a great recipe. The result of this easy recipe was a meltingly crumbly cookie with a pretty cracked appearance like what it should be. Simply lovely! 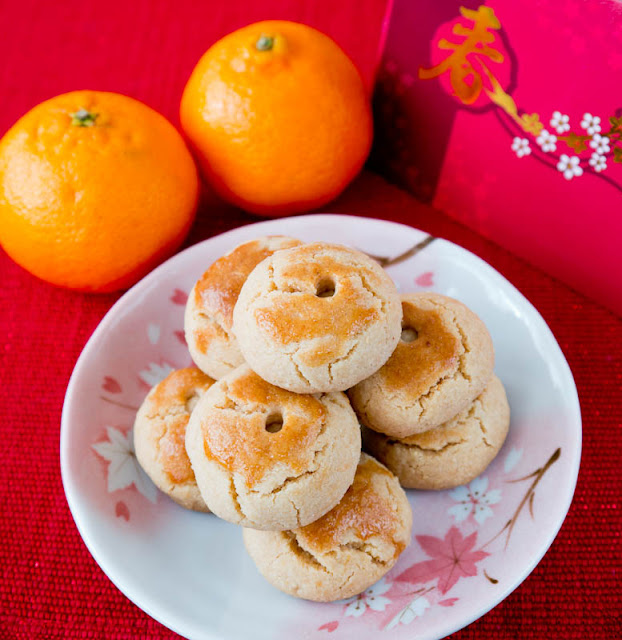 Adapted from Bread et Butter
Ingredients (Makes about 50)
2 cups ground almonds
2 cups plain flour
3/4 cup golden icing sugar
1 cup light olive oil
pinch of salt
1 egg, beaten
Method
1. Dry fry the ground almonds in a wide non-stick pan (over medium heat), until they start to become fragrant and lightly browned, taking care not to burn the almonds.
2. Heat the oven to 180 deg C.
3. Place the ground almonds, flour, sugar and salt in a bowl, and mix with a spatula until well combined.
4. In a food processor, pour in the dry mix and slowly trickle the oil while pulsing, until a cohesive dough is formed.
5. Form the dough into 2cm balls, and place on a baking tray lined with parchment paper. Press down lightly with a chopstick or straw to form the indentation you see in the cookie.
6. Glaze lightly with the beaten egg.
7. Bake for 15-20 minutes, until golden brown.
Posted by Sylvia at 21:17 50 comments 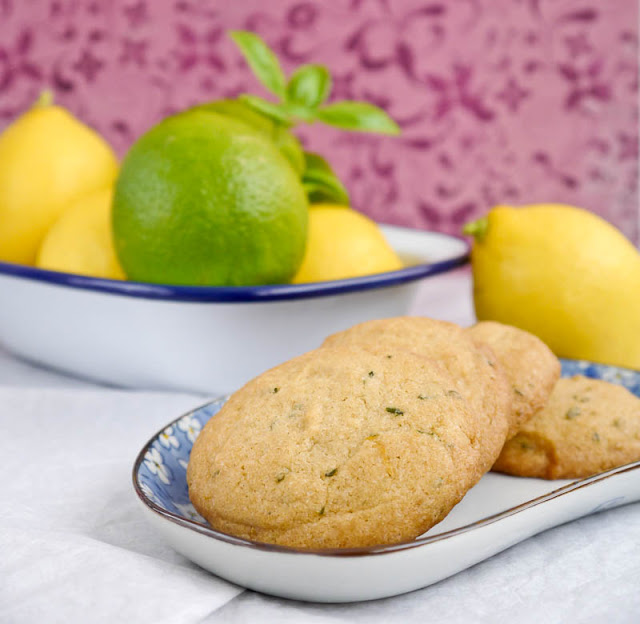 Jan is the month to show some #citruslove and this month I feel very privileged to be hosting this together with some amazing bloggers from all around the globe! I love citrus fruits as their tangy flavour somehow perks me up! There's this lemon and lime shower gel I use that does wonders to wake me up in the morning! 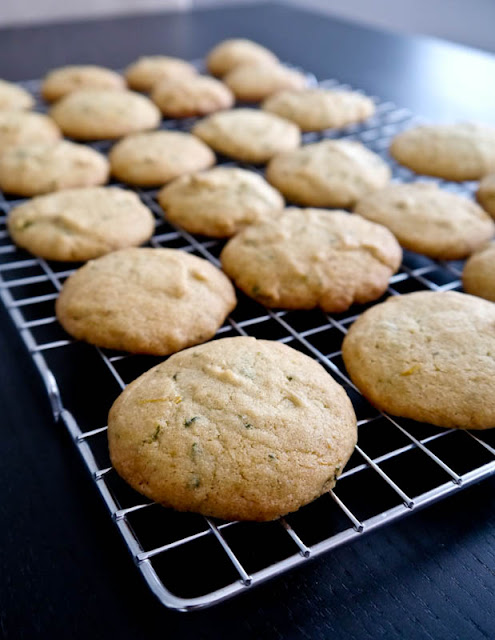 When I first heard that citrus was the theme of the month, I immediately thought of this recipe I came across on Chasing Delicious. Fresh flavours of lemon, lime and basil all in a chewy refreshing cookie ...this is one that I'll be making more often to remind me of summer in these cold winter months. It'll also probably work quite well if basil is replaced with Thyme? Since lemon and thyme are always a good combi? 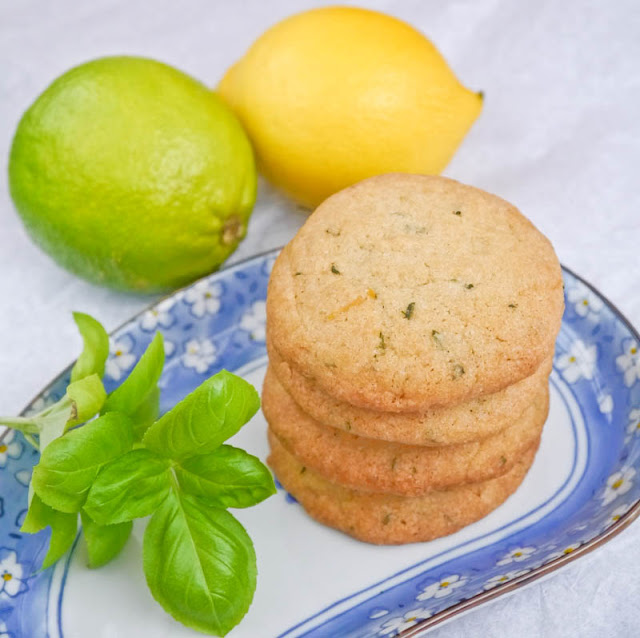 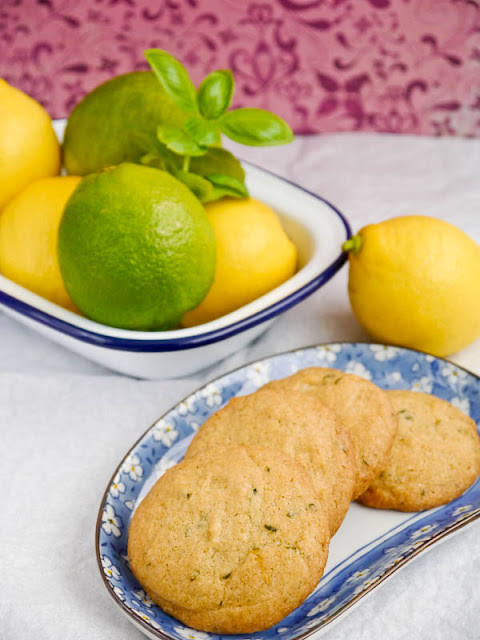 Sylvia
A Singaporean married to a Malaysian who lives in the UK and loves food, travel and photography!!! 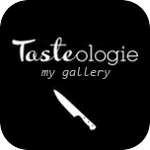 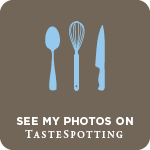